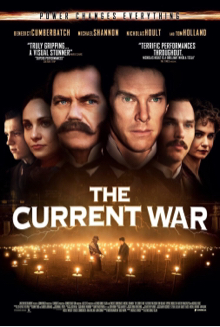 The Current War is a film that I’ve been intrigued by for a while. The film was first screened at the Toronto Film Festival in 2017, but the collapse of the Weinstein Company, and reshoots following the initial poor reception of the film, have prevented it from being released until now, with some of the… END_OF_DOCUMENT_TOKEN_TO_BE_REPLACED